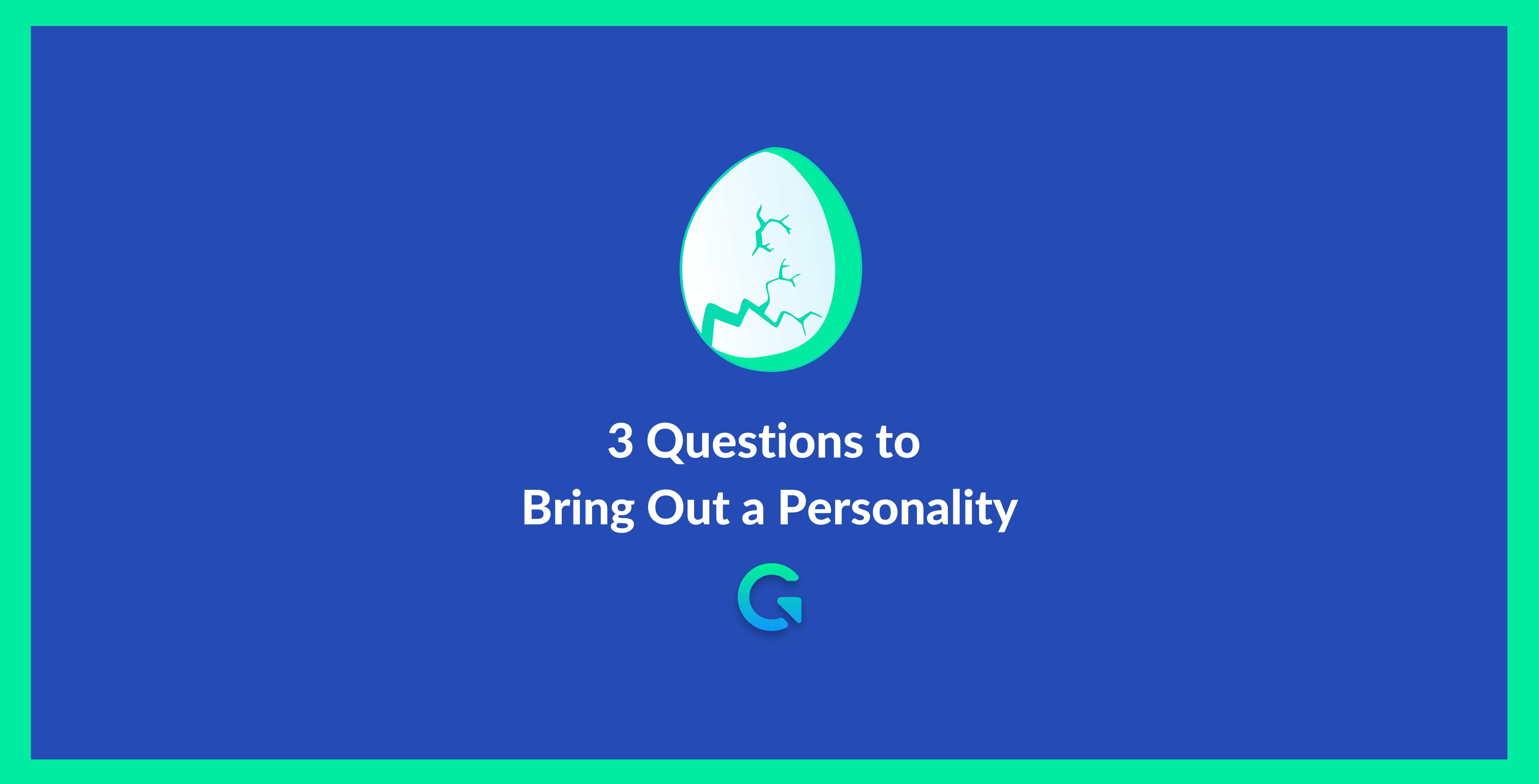 When you’re trying to get to know someone, you ask them questions. Everybody asks the standard questions of “Where are you from?”, “What do you do?”, “How’s the family?”, all questions that lie on the borderline of small talk and conversation starters, and are mostly used to just build a background for somebody you’ve just met. Then you have the questions that are a little bit more creative that require more thinking: “What do you like to do?”, “What’re favorite teams?”, “What kind of restaurants do you eat at?”. These questions bring a desire for personality more than usual but still doesn’t require a whole lot of effort and personality for the person to answer the question. One of the best ways to really get to know someone is to throw in some questions that people aren’t used to hearing. Something that will not only make them think but smile when they start to answer. This lets you really get to know someone better and use their answers to identify what kind of person they actually are. Here are 3 Questions to Bring Out a Personality

“If you were trapped on an island, what 3 movies would you bring to watch forever?”

This is a classic question because it essentially asks people what three movies they could rewatch forever. Now, this doesn’t necessarily mean that these movies are their favorites, but they are able that they could watch again and again without getting tired of it. This lets you see what kind of genre/type of movies they like which gives you a much better insight into what they like: comedy, romance, drama, action, scary, all things that say a lot about a person.

2. “If you could time travel, would you go to the future or the past?”

This question is a great one because it’s simple but both answers can tell a lot about the person. For instance, if they answer “the future”, it could mean that they’re a very curious person because they want to know what the world is going to be like later in life. If they answer “the past”, it could mean that they’re a very nostalgic and sentimental person because they want to witness first hand some famous historic moments from modern history. This could further invoke a great conversation of “where would you go”, “when would you go”, and other detailed secondary questions.

3. “If you could have dinner with any person in history, dead or alive, who would it be?”

This question could show who the person looks up too because if they could sit down with anybody, most people would choose their ultimate role model. This tells a lot about the person and their aspirations because people obviously want to be exactly like their role models. You could also ask them what they would talk about, and what they would want to learn from them.

So next time you’re really trying to get to know someone, ask a few of these questions to try and make them break out of their shell, and show their true personality.

Get more tips by heading over to nextstepgoodlife.com to download the GoodLife app!